DrumGizmo is an open source, multichannel, multilayered, cross-platform drum plugin and stand-alone application. It enables you to compose drums in MIDI and mix them with a multichannel approach. It is comparable to that of mixing a real drumkit that has been recorded with a multimic setup. 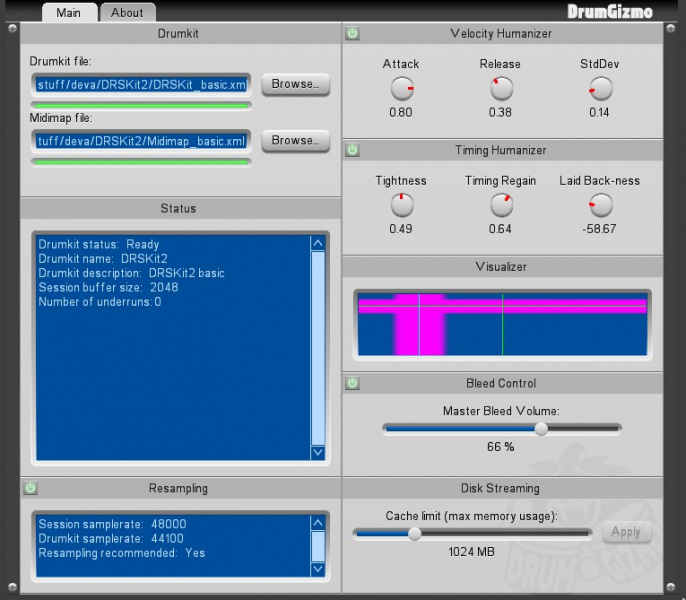