QMidiArp is an advanced MIDI arpeggiator, programmable step sequencer and LFO for Linux. It can hold any number of arpeggiator, sequencer, or LFO modules running in parallel.

Arpeggiator modules produce sequences depending on the notes sent to their input port, which is typically connected to a keyboard or another sequencer.

A Global Storage Tool can store different setups and switch between them at a given time. It allows you to dynamically combine patterns and LFO wave forms.

For each module, an input note filter is available, and the output port and channel can be set independently. QMidiArp can be synchronized to an incoming MIDI realtime clock or as a JACK transport client. Most of the relevant control elements are accessible via MIDI controller through a MIDI-learn infrastructure. QMidiArp also has a log tool displaying the history of incoming MIDI events in colors depending on their type. It has support for JACK MIDI and ALSA MIDI backends. QMidiArp runs on Linux and uses the Qt toolkit. The modules are also available as LV2 MIDI plugins. 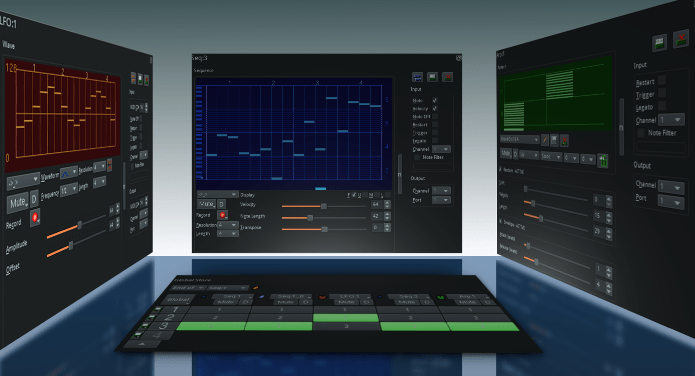